After two years of hospital training, he spent two years working on native Indian reserves in northwestern Ontario for the University of Toronto Sioux Lookout Project (1973-75). He subsequently spent some time working on native reserves in northern British Columbia.  On the native reserves he observed at first hand the failure of conventional crisis-oriented medicine to eliminate chronic and recurrent disease or to address its root causes.  This experience profoundly affected his subsequent approach to medical practice, and he began a personal search to learn more about health and the origins of disease, and to develop a preventive orientation to his practice.

He worked in Vancouver for a year with lay midwives providing home births, and then two years with a general practice on Saltspring Island. In 1978 he moved to Ottawa to work with the National Indian Brotherhood (now the Assembly of First Nations) for three years, planning improvements to the delivery of health care for First Nations communities.

Since 1981 he has had a private practice in Lanark County, with progressively increasing emphasis on the nutritional and biochemical management of chronic complex illness. Dr. Coombs has been a member of the Institute for Functional Medicine for many years, and now prefers the term functional medicine to describe his manner of practice, an approach which is firmly science-based, and focuses on a person’s functionality on many levels, rather than focusing on a single treatment for a single diagnosis. He has a particular interest in the biomedical treatment of autism spectrum disorder in children, a complex disorder of neurological development with genetic, environmental, biochemical, and immune factors all contributing to its development. 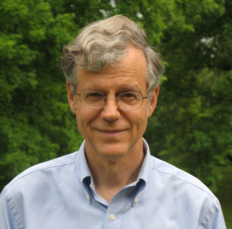 Dr. Coombs obtained a Bachelor of Science degree in biological and medical sciences from the University of Toronto in 1968. From his ongoing work with Dr. Harold Harvey in the Department of Zoology during his undergraduate years, he developed a strong interest in the relationship between human health and the environment, at a time when medical schools hadn’t even begun to think of the connection between the two. He set his environmental interests aside in order to graduate from the University of Toronto medical school in 1971.